Philomena Essed is professor of Critical Race, Gender and Leadership Studies at Antioch University’s Graduate School of Leadership and Change and an affiliated researcher for Utrecht University’s Graduate Gender program. She holds a PhD from the University of Amsterdam and Honorary Doctorate degrees from the University of Pretoria (2011) and Umeå University (2015). Her research and teaching transcends national, cultural and disciplinary boundaries. Well known for introducing the concepts of everyday racism and gendered racism in the Netherlands and internationally.

Essed has a lifelong commitment to social justice with a current focus on dignity and ethics of care as experience and practice in leading change. She has been advisor to governmental and non-governmental organizations, nationally and internationally. In the Netherlands she has been a member of the state Selection Commission for the Judiciary  (2003-2010, appointed by the State Department of Justice). She has also been Deputy Member of The Netherlands Institute for Human Rights, where she served as a panel member in hearings on structural discrimination, including race, gender, religion, age, sexual orientation and disability (2004-2016). 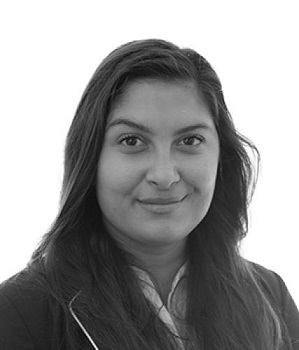 Tess Sophie Skadegård Thorsen is a PhD Candidate in Culture and Global studies from Aalborg University. She holds an MA in Film- and Media studies from The University of Copenhagen and her current research centers on the Danish film-industry with an emphasis on the production-side of filmmaking, negotiating the ways in which minority-representations are guided by politics, performed through various acts at key moments behind the cameras, and result in particular (re)productions (of embodied assemblages through race, class, sexuality, gender, ability and age). Tess’ project shifts the emphasis in Danish film-studies of representation from product to process.

Tess is part of the VELUX-funded research project A Study of Experiences and Resistance to Racialization in Denmark (SERR), and has spent the past year of her PhD in New York, where she has been a visiting scholar at the Institute for Research on Women Gender and Sexuality (IRWGS) at Columbia University. Tess combines research and activist practice. As such she has previously co-edited the decolonial journal Marronage and headed up the student organization FRONT, which fights discrimination in academia. Tess is also a Board Member of the diversity initiative Pluralisterne. Professor Emeritus from The Technical University of Denmark.

For me Art is a way to express my ideas, reflections, socio-political concerns and visions about a better World. It is storytelling using different kind of materials, techniques, images, symbols and mixed media. For me the creative aspect in Art is more essential than aesthetics. In my creative work I seek to break boundaries and constraints due to material, traditions or routines. I usually seek in my work ambiguity, humour, criticism, playfulness and weirdness. I make Art for the brain not for the eyes. 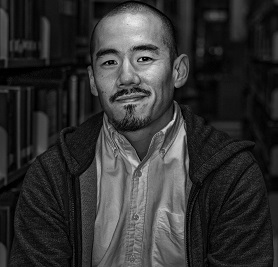 Miki Dezaki is a recent graduate (March 2018) of the Graduate Program in Global Studies at Sophia University in Tokyo. He worked for the Japan Exchange Teaching Program for five years in Yamanashi and Okinawa before becoming a Buddhist monk in Thailand for one year. He is also known as "Medamasensei" on Youtube, where he has made comedy videos and videos on social issues in Japan. His most notable video is “Racism in Japan,” which led to numerous online attacks by Japanese neo-nationalists who attempted to deny the existence of racism and discrimination against Zainichi Koreans (Koreans with permanent residency in Japan) and Burakumin (historical outcasts still discriminated today). "Shusenjo" is his directorial debut.